It was an interesting turn of events as an alleged armed robbery case was reported at Abompey New Site, a suburb of Obuasi in the Ashanti Region of Ghana. The 23- year-old suspect, one Emmanuel Ankron, on Saturday, 7th November, 2020 went to rob Justine Donkor, a student in her room.

According to an account by the victim, the suspect, Emmanuel Ankron, entered her room surprisingly, drugged and had sex with her. When she woke up, she realized that the suspect was holding a cutlass and a locally manufactured pistol in both hands. The suspect stole an amount of Ghs 550.00, a mobile phone and a TV set.

The victim also narrated how the suspect after picking the items from her room and was about to leave, changed his mind and asked her to suck his penis. Madam Justine Donkor revealed that as scared as she was , she decided to heed to the orders of the armed robber but in the process, she bit off his penis. This angered the suspect and he also in turn bit her back.

Emmanuel Ankron was hence arrested. The crime scene was also visited and the severed penis was retrieved and sent to the hospital for observation and preservation.

About Nutefe Worla 74 Articles
Nutefe Worla is a professional teacher, a blogger and a profiler at Rymcitigh.com, an online news portal. He is also a passionate reader and a natural writer. He believes strongly that for one to succeed in life, there is the need to hold unto one’s resolve in high esteem. Connect with me through: Facebook: Nutefe Worla Email: justicequabla@gmail.com
Website Facebook 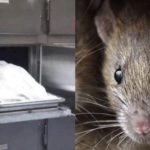 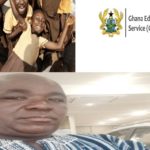 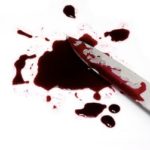 Naval Officer catches Airforce Officer on top of his wife, stabs him in the process. 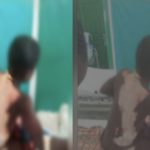